Brochure- Grounding the Drones: A Women Against War Initiative

From the award-winning playwright George Brant, comes the story of an ace fighter pilot whose career in the sky is ended early due to an unexpected pregnancy. Reassigned to operate military drones from a windowless trailer outside Las Vegas, she hunts terrorists by day and returns to her family each night. As the pressure to track a high-profile target mounts, the boundaries begin to blur between the desert in which she lives and the one she patrols half a world away.The Capital region tour of GROUNDED is being produced by Women Against War in conjunction with The Theater Institute at Sage College. It is being directed by Russell Sage College Teaching Artist Leigh Strimbeck and is featuring Katelyn Burrello.
—

The Launch Ceremony for Women Against War’s Ground the Drones

Exhibit at the Hubbard Interfaith Sanctuary 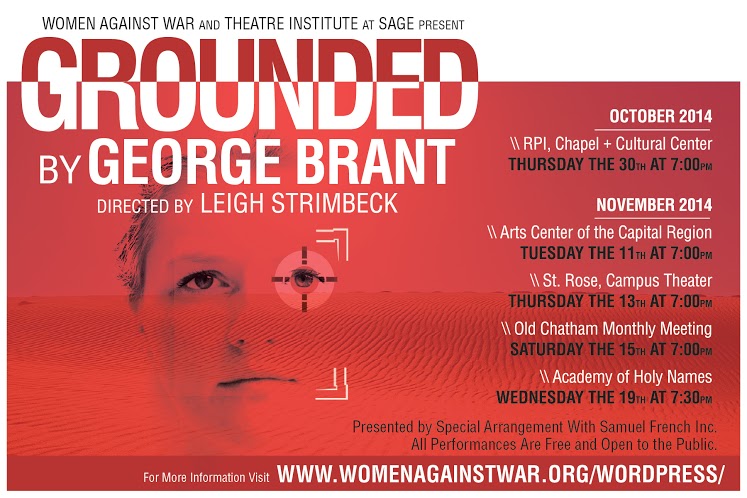