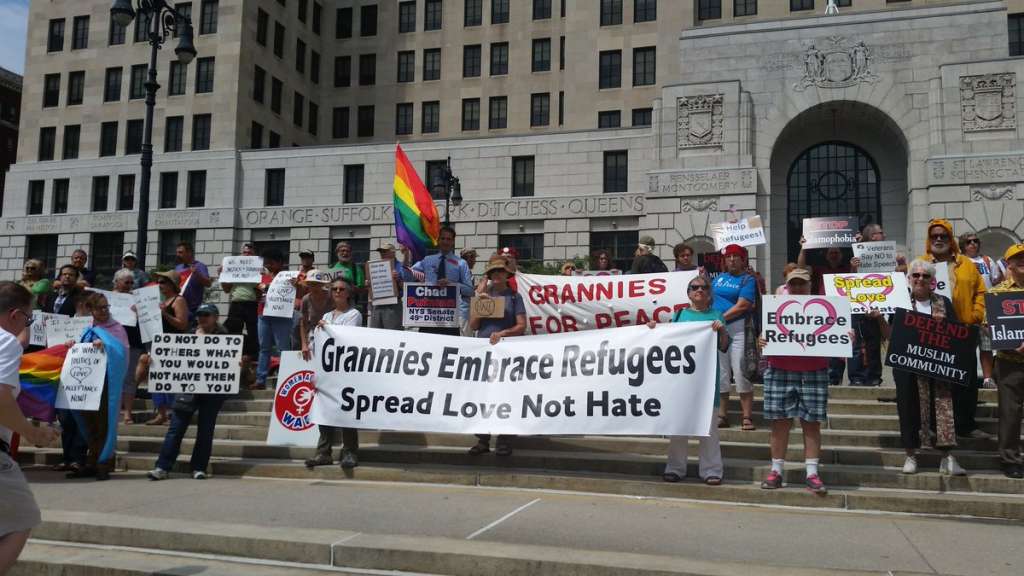 After receiving news that the Reverend Franklin Graham would be coming to Albany for a stop on his “Decision America 2016” fifty state tour for what was billed as a “prayer rally” to be held in Capitol Park West; members of the progressive faith community, the LGBT community and the peace and justice community organized a silent, peaceful counter demonstration to call attention to Graham’s long history of Islamophobia, anti LGBT rhetoric and vision of a Christian-centric, divisive United States.

Women Against War took the lead in organizing a meeting place and in sharing our banners and signs – and especially our presence at the demonstration.

Dot holding one end of the Grannies’ banner. Photo by Elaine Klein

In the words of Dot Richards, a Quaker Granny for Peace:

I guess ‘protest’ is a word you could use, (but) we kind of like to think that we are trying to bring a universal message: God is love. … God is mystical — and that’s the word we see in all creeds. So we try to bring down the rhetoric and to show that we are all one. 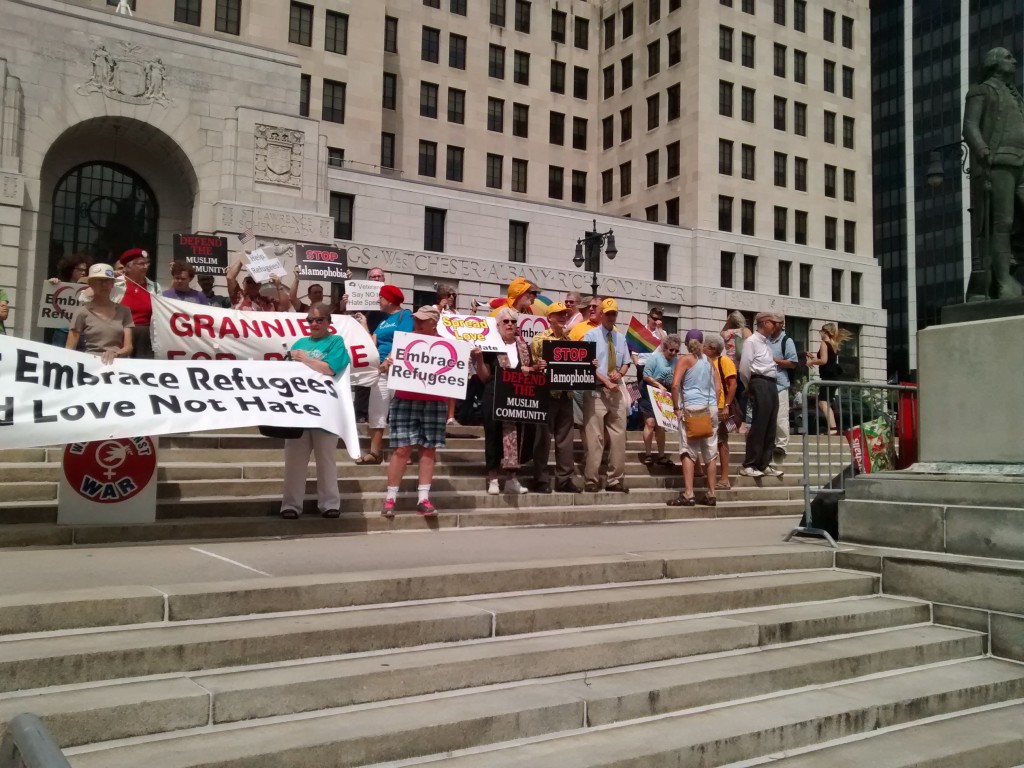 And Reverend Alexandra Lusak, a member of the Women Against War Iran Project, said in an interview with Asa Stackel of WNYT:

When Rev. Graham says there is only one way to god, I think that really builds barriers between people

For many more photos and extensive links to background information please see this article on our Waging Peace blog: 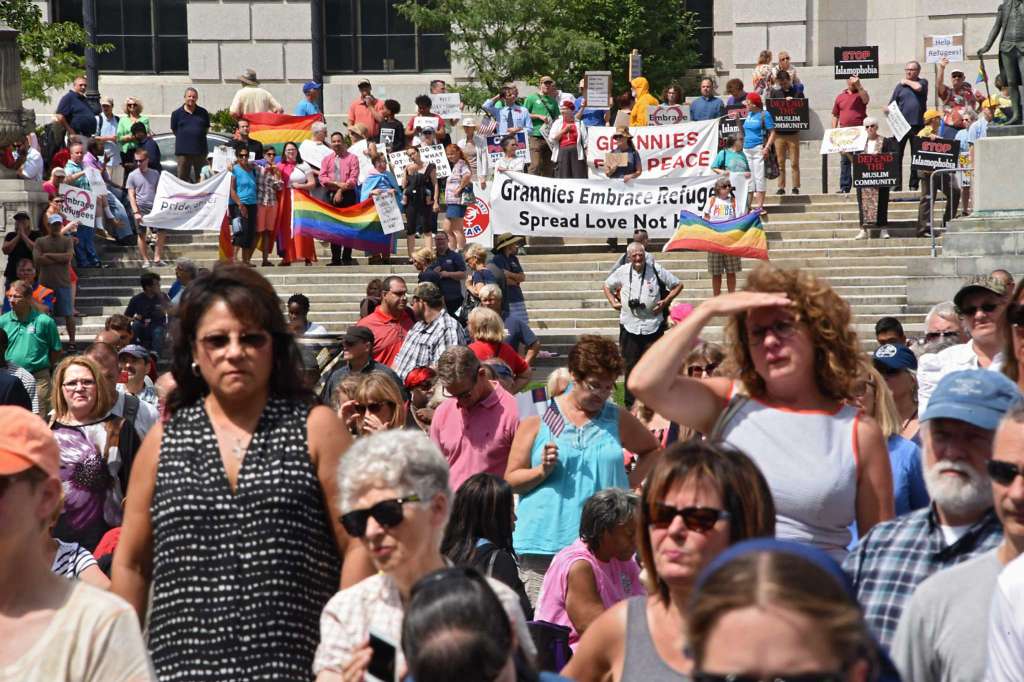