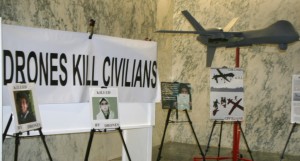 The Upstate Coalition to Ground the Drones and End the Wars organized a New York Statewide and Washington, DC lobbying initiative to the offices of our Senators, Chuck Schumer and Kirsten Gillibrand.  We were originally going to visit both Senators offices on Monday, February 2, 2015, but the large snowstorm caused us to change our plans and to send two lobbyists, Hazel Landa and Joe Lombardo, to meet with Senator Schumer’s regional director,  Steve Mann on Tuesday, February 3rd.

While they were meeting with Steve Mann they also delivered two information packets with requests and educational materials complete with talking points and references in several media forms. There was one from the Beyond Afghanistan/No Drones Project which you can read here:

Since we had lobbied Senator Gillibrand about the issue of weaponized drones and presented an earlier version of the packet created by the Beyond Afghanistan/No Drones Project we decided to just  deliver the Upstate Coalition packet to her regional director, David Connors with a request that he pass it on to legislative representative, Moran Banai  That delivery is to take place on Friday afternoon, February 6th. 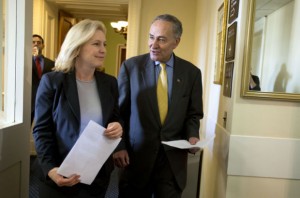 There are digital links to all of the excellent articles, talking points and requests from the Upstate Drone Coalition, and especially the Reprieve report titled ““You Never Die Twice MULTIPLE KILLS IN THE US DRONE PROGRAM”  and the very moving letter from Afghan, Raz Mohammed requesting that the U.S. courts protect his family and village from drone attacks. His brother-in-law and four of his friends were  killed in a drone attack in 2013. 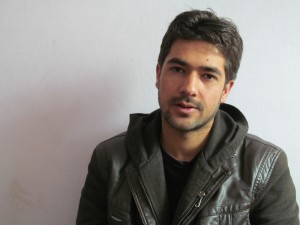 Raz speaks out on Drones

To see and read the entire Upstate Coalition Drone packet  you can find links on their website You can follow each link individually to read an article or talking points as you wish. 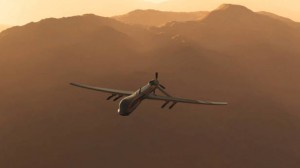 Thanks to all of the Capital District peace and justice activists who prepared, planned and delivered our contribution to the Upstate Drone Coalition’s creative and organized lobbying initiative.  And to their resilience in the face of a foot plus snowstorm from Sunday through all of Monday! 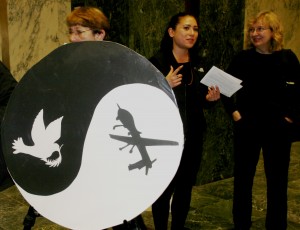