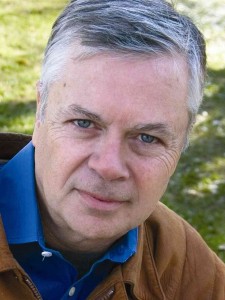 I would like to thank everyone who contributed to making the Stephen Kinzer event a major success. The process was long and tedious,  nine months of back and forth communication with Kinzer, never quite certain that we could seal the deal. In spite of the many detours along the way, we met all of our goals.

Kinzer turned out to be an engaging speaker combining storytelling, humor and serious research, to present a picture of the forces and individuals that have  shaped  our foreign policy for generations.  It is a devastating picture that exposes the destruction of whole countries and the deaths of millions in it’s wake. If you haven’t read his book on the Dulles Brothers, I recommend that you do so. 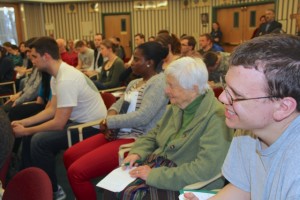 The turnout to both events exceeded our expectations. According to Maud 97 people attended Monday evenings talk and at least 60, mainly students, attended the Siena talk on Tuesday. Most importantly, we attracted a younger and more  diverse audience than we normally get. It was gratifying to NOT know everyone in attendance. 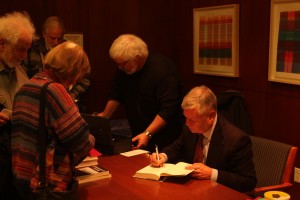 Our collaboration with the Writers Institute and Siena College helped play an important role in promoting the program. After the talk at Siena a student approached Stephen Kinzer in the parking lot to tell him that he now realized that Iran wasn’t our enemy. Kinzer’s interview on The Roundtable reached an audience of many thousands, resulting in three people coming to hear him speak at Siena shortly thereafter.

It was a demanding schedule for Kinzer. In addition to his two speaking engagements and an interview with Joe Donahue, he sat for an hour and 15 min. taped interview with Mahmood Karimi-Hakak at Siena where the discussion ranged from Shakespeare, to film, literature, history and politics.  It was quite remarkable and we should do our best to get a copy of the discussion. 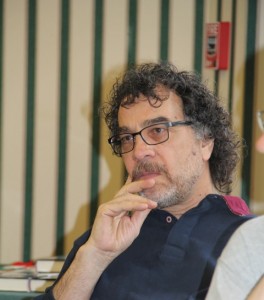 Finally,  I’d like to thank my WAW comrades and colleagues for their steadfastness in bringing this to fruition. The three M’s, Marcia, Maude and Mickie, Priscilla, Pat, Leila, and anyone else I might have overlooked. Thank you all.

Here’s a link to an excellent article on our blog, Waging Peace, written by Marcia Hopple: Following that is an announcement that Women Against War has some copies of Stephen Kinzer’s book about the Dulles Brothers for sale to interested readers: 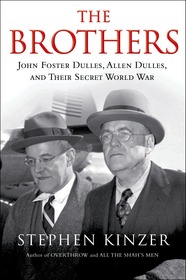 Congratulations Alice, you knew of Stephen Kinzer and asked him to speak.  When it happened, it made Kinzer readers and followers of all of us.  His knowledge and insight, and his ability to share it with others through writing and speaking, is really amazing.   I think we made some fast friends at the colleges for future program sponsorships and venues, because he was such an outstanding speaker.

Alice recommended you read his Dulles Brothers book if you haven’t.  Women Against War is now the owner of eight copies of the book which were left from the signing pile provided by The Bookhouse of Stuyvesant Plaza and the Siena Bookstore.

The book would make a great gift for anyone interested in history, political science, US foreign policy, and the “blowback” we see today from what the Dulles brothers did in their roles as secretary of state and director of the CIA,  during the Eisenhower administration.

Thanks Alice, Maud, and everyone for attending to all the details, and attending!

A new link to a brief article in the Siena College newspaper about faculty and student response to Stephen Kinzer’s talk:

The situation in the Middle East is a topic that is always in the news, but last week Siena students got an insider’s perspective when author and journalist Stephen Kinzer delivered an address titled “The Dulles Brothers: Implications for Foreign Policy in Iran and Beyond.” […]