Thanks to this inspiring photo taken by Wendy Dwyer we have the basis for an article about how Jewish Voice for Peace, Albany Chapter held their second annual anti-racism Chanukah vigil and how Women Against War joined them with their two banners from the Tulip Festival and other signs and messages.  This vigil was described by Jewish Voice for Peace in this way:

We did not expect the need to raise the call that Black Lives Matter would have disappeared in the past year, but recent events have made clear that the necessity for action and solidarity has increased. As an organization based in the multi-racial and multi-ethnic Jewish community, and dedicated to human rights for all, we believe we have a special obligation and role to play in speaking out in support of the Black community and in opposition to all of the continuing stark manifestations of racism and white supremacy.

Come join us in this vigil for peace and justice as we recall the historical struggles of Jews and stand in solidarity with all of our sisters and brothers.

Through grassroots organizing, education, advocacy, and media, Jewish Voice for Peace works to achieve a lasting peace that recognizes the rights of both Israelis and Palestinians for security and self-determination.

Jewish Voice for Peace is the only national Jewish organization that provides a voice for Jews and allies who believe that peace in the Middle East will be achieved through justice and full equality for both Palestinians and Israelis. With offices in New York and California, 100,000 online activists, chapters across the country and an Advisory Board comprised of numerous prominent Jewish thinkers and artists, JVP supports nonviolent efforts here and in Israel-Palestine to end Israel’s Occupation, expand human and civil rights, and implement a US policy based on international law and democracy.

Here are some other photos taken by JVP members, The first two were taken by Ariela Perez-Wallach  and the bottom one was taken by Dennis Wi​llard. 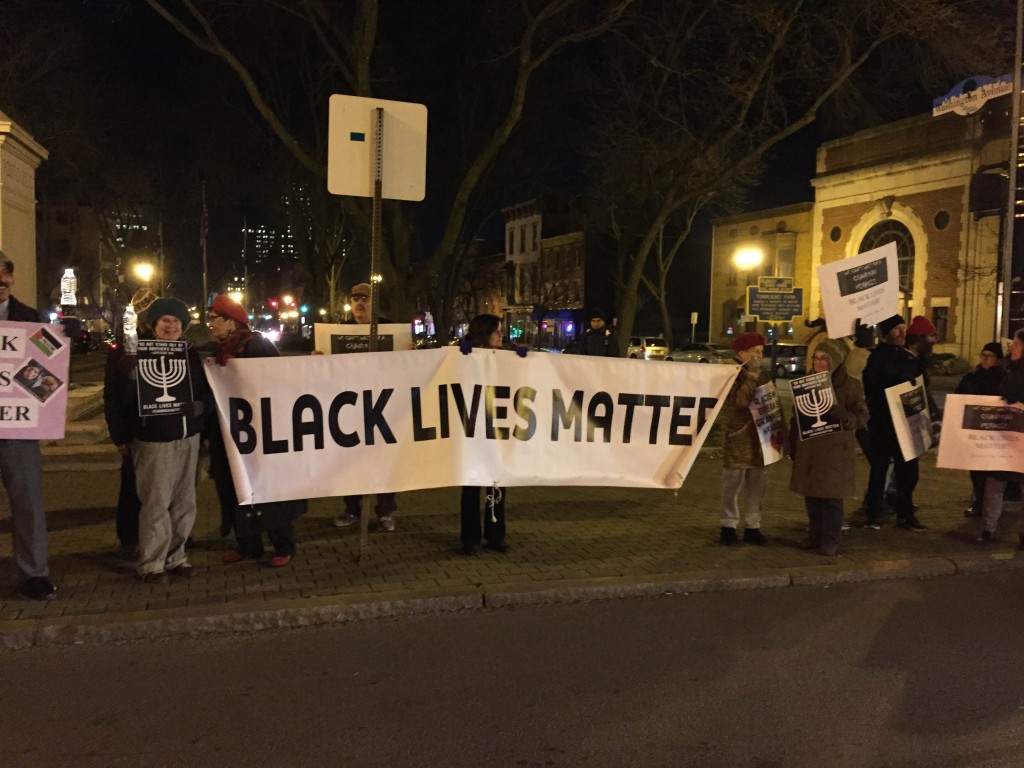 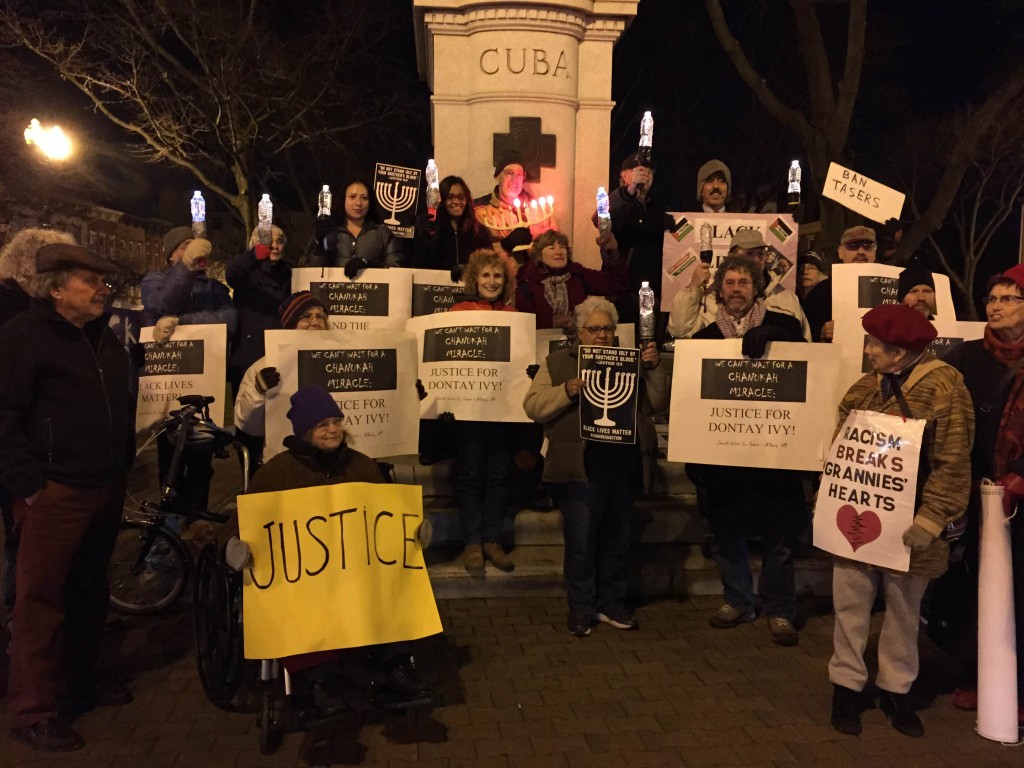 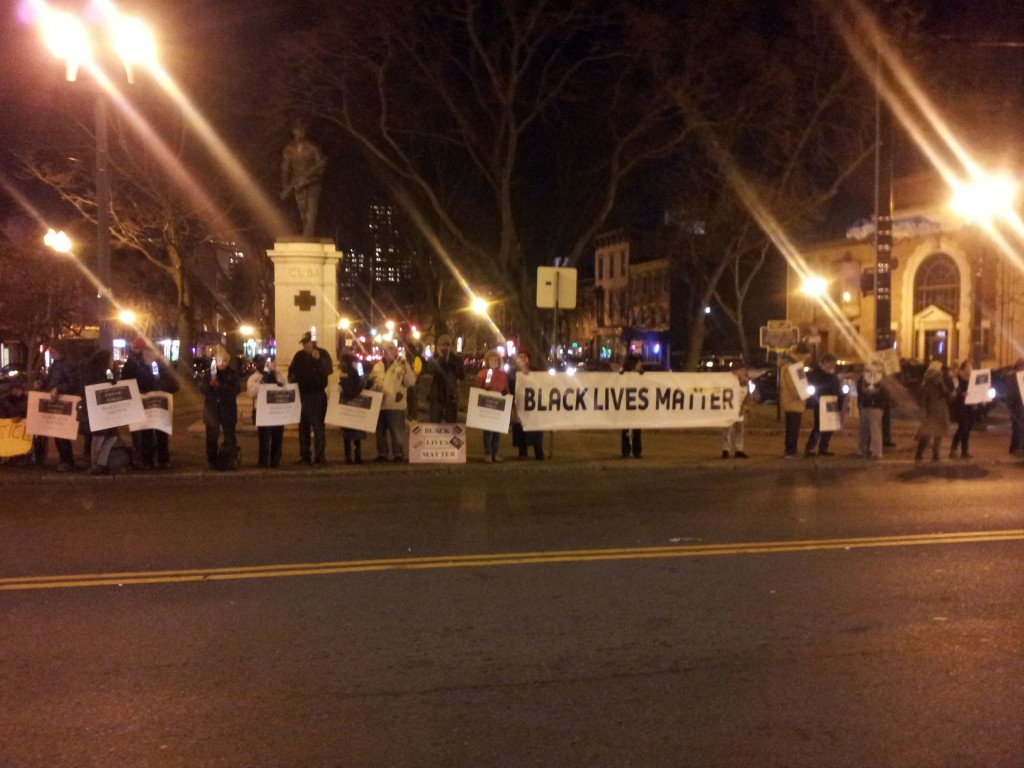 This is just one more instance of several community groups sharing their resources and passions during a local vigil.  May we have many more as our different groups come together to combat, racism, militarism and fear mongering.