On Wednesday, September 21, 2016, The United Nations’ International Day of Peace, 27 Grannies and their allies in the peace, justice and interfaith community gathered together on Central Avenue and Wolf Road during the evening drive time to display our message that violence begets violence and that we need negotiated settlements to the 7 wars that the US is currently involved in.

Because of the current politically motivated hate speech towards Muslims we were delighted to be joined by two Muslim women from the Capital District community, Dr.Mussarat Chaudhry and her friend Humera Khan, who brought along a sign of her own reading “Women Call for Peace”.

We also had a relatively large contingent from the Sisters of Saint Joseph, some of whom arrived in a van with  Sister Doreen Glynn.  At the start of the vigil Dennis Karius of the NY State Interfaith Alliance and his friend Tracy joined us briefly.Tracy helped us secure the peace flag and the End Racism Now banner to a utility pole and a tree for hands free viewing.

On Wednesday, September 21, 2016 from 5 PM to 6 PM, Grannies for Peace  gathered (with other members of Women Against War and our allies in the peace and justice community) at Wolf Road & Central Avenue, Colonie to highlight the urgency of waging peace in a world descending into a never ending cycle of violence.

“Violence begets violence” was the theme of our vigil, spelled out with various signs and banners highlighting details of such violence and its peaceful alternatives.

We stood together to call for an end to the ever expanding wars that our country is involved in.  We  instead recommended ceasefires and negotiations to end the suffering of the millions of people caught in these conflicts. Because it is partially racism and Islamophobia that allows us to attack largely Muslim countries, kill civilians with drones, and create refugees, we had our banner “End Racism Now” prominently displayed in the background of the vigil, along with a beautiful peace flag contributed by Harry Thornhill.

Some of the signs that we shared included: End Endless War – Diplomacy Not War – War is Not the Answer – Want Peace? No Drone Killings No Arms Sales – & Spread Love Not Hate.

Our vigil successfully shared these messages – and more – with peak drive time commuters on a weekday afternoon, as a living billboard to bring the issue of endless war into focus in the midst of the election season.  Here are some photos taken by Granny photographer of reknown: Mabel Leon: 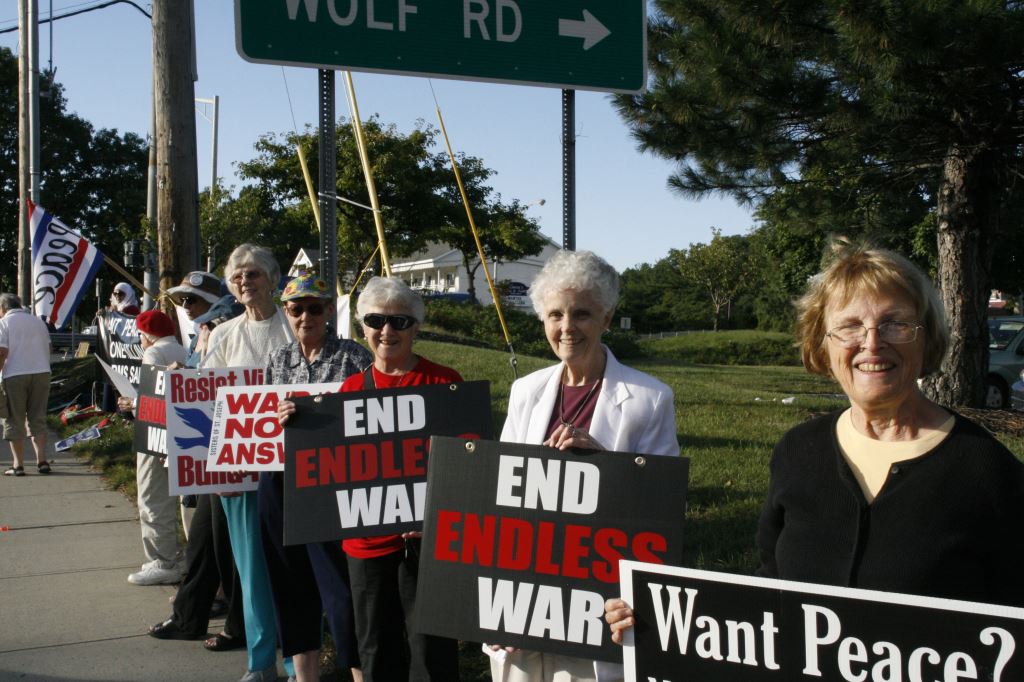 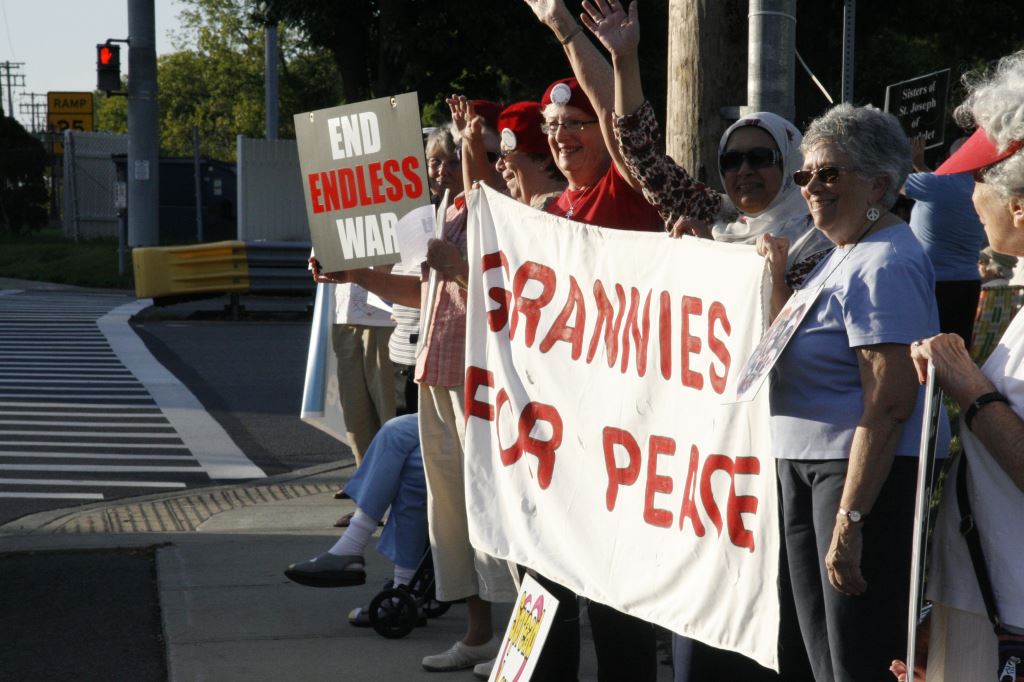 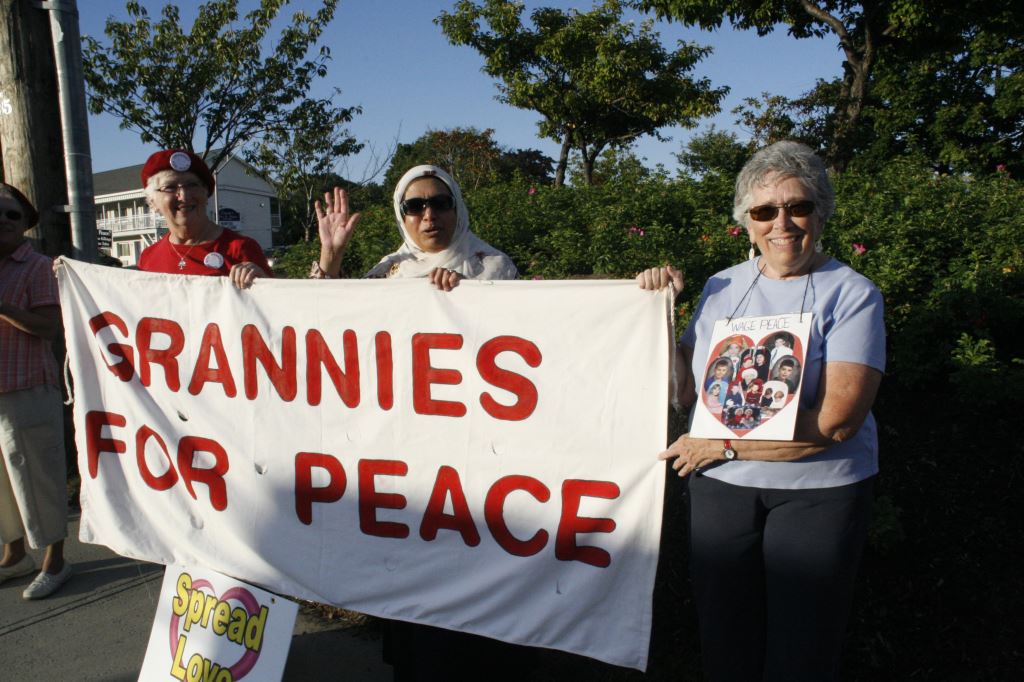 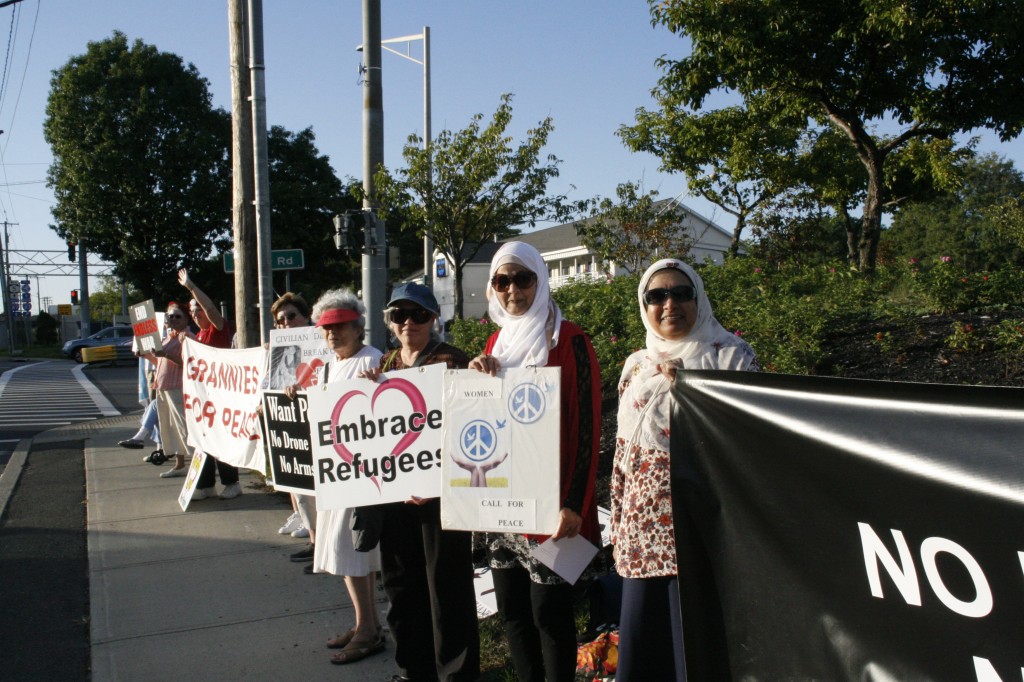 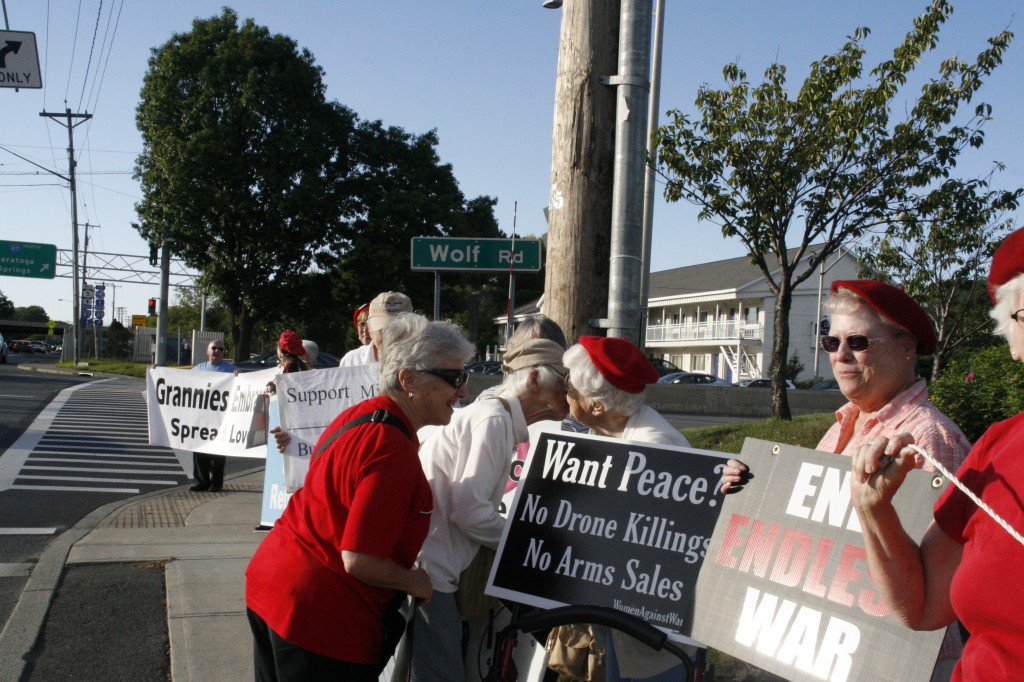 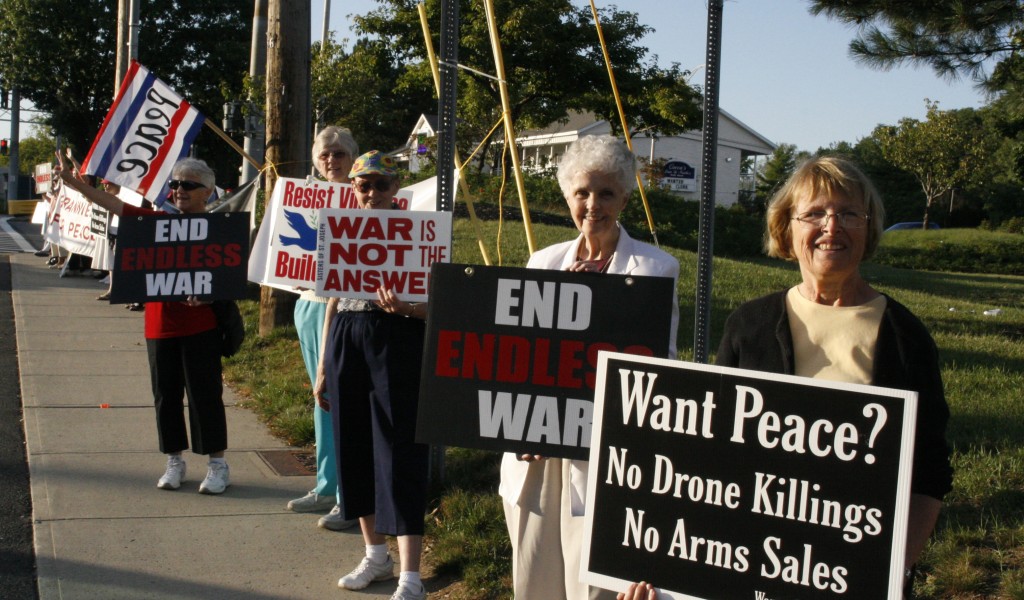 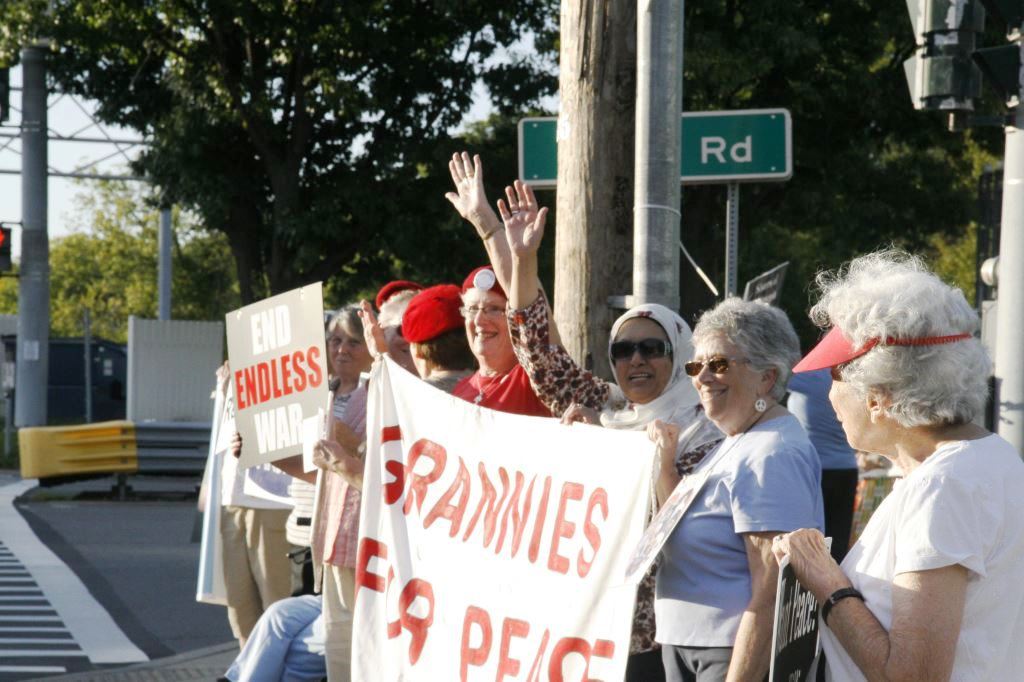 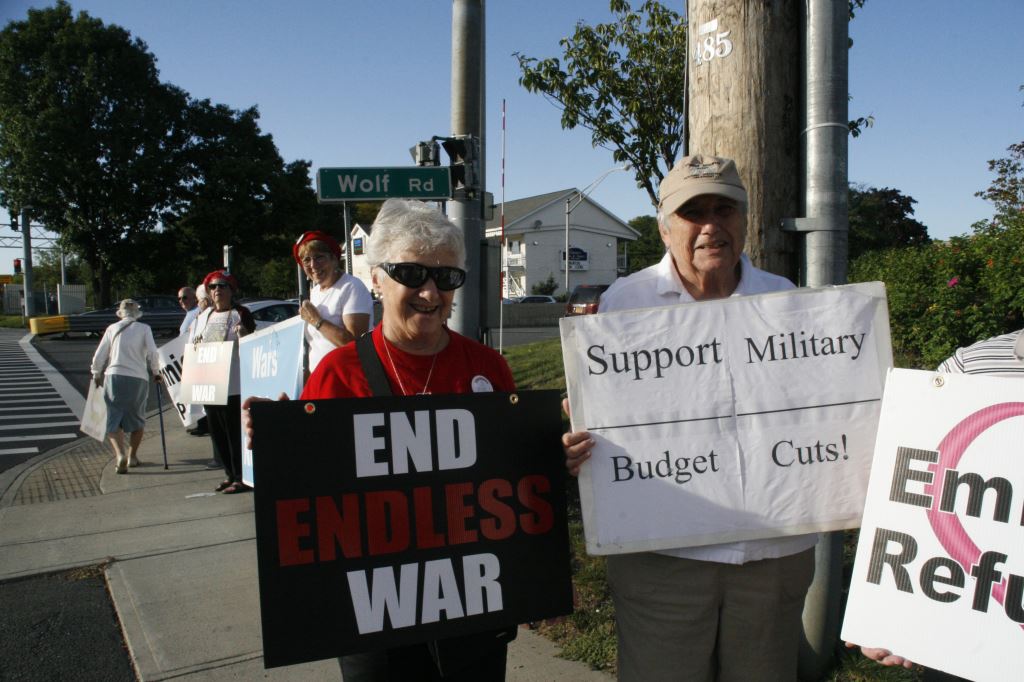 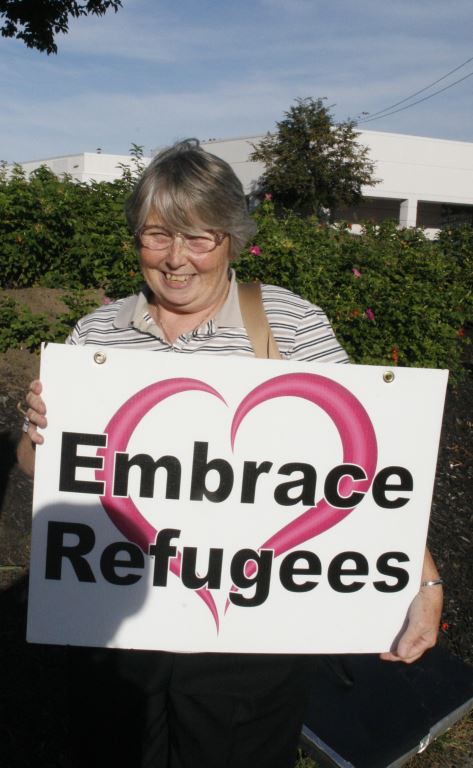 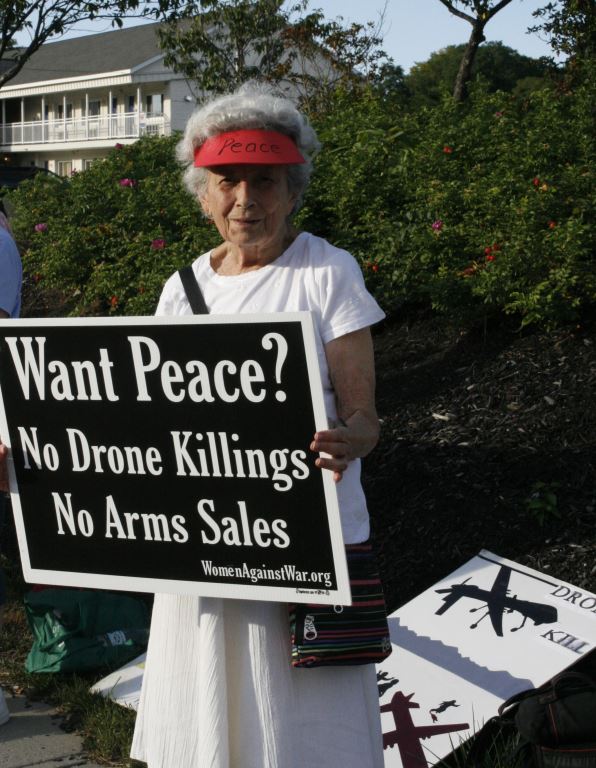 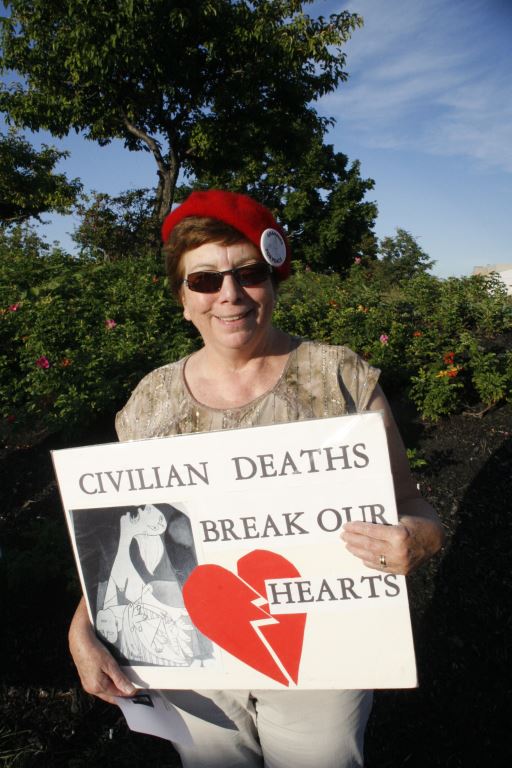 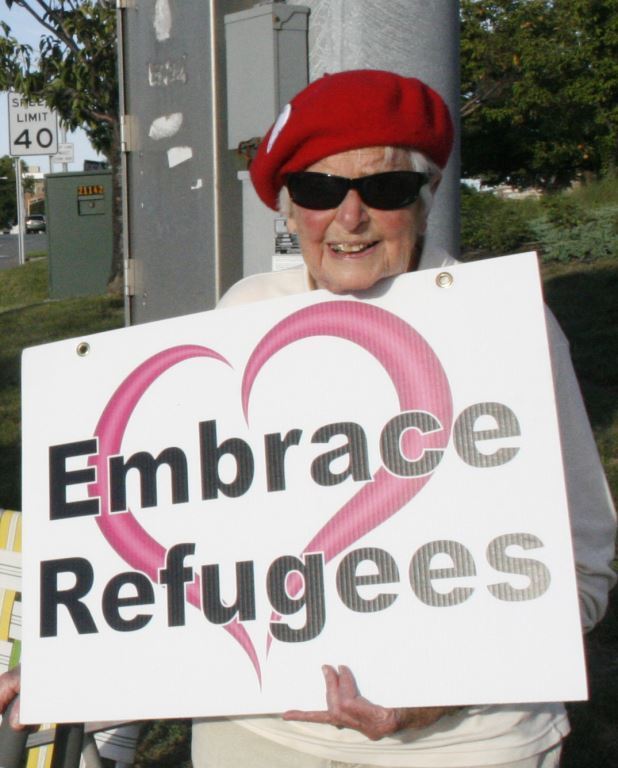 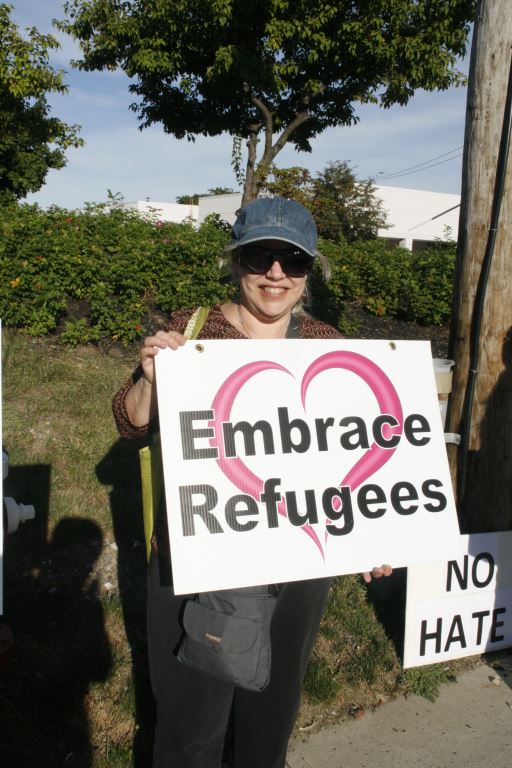 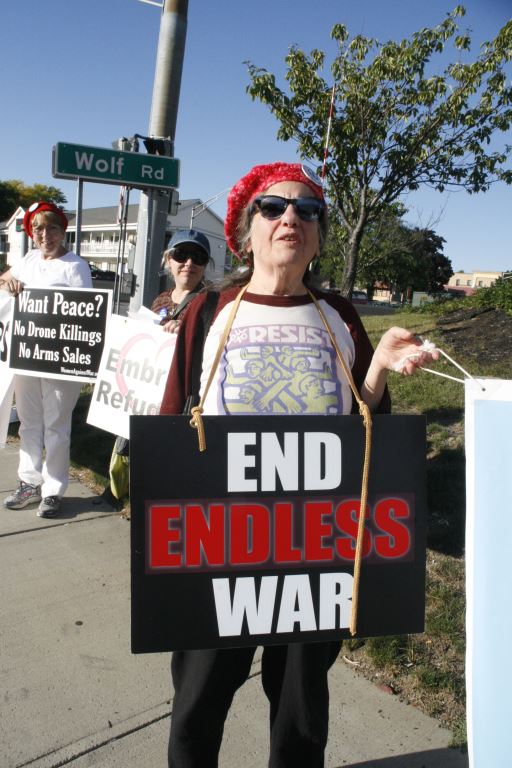 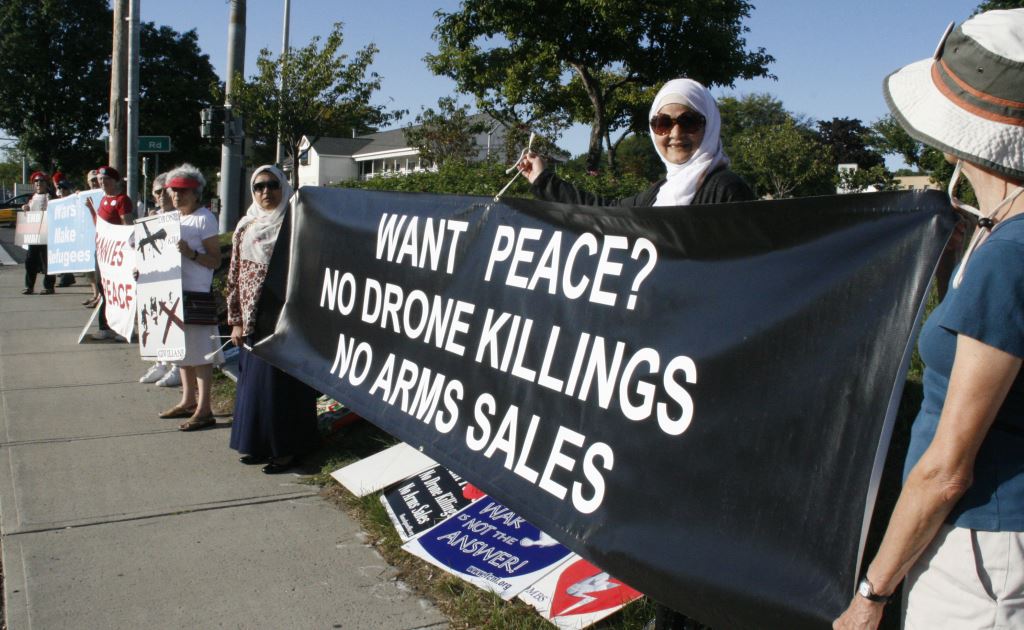 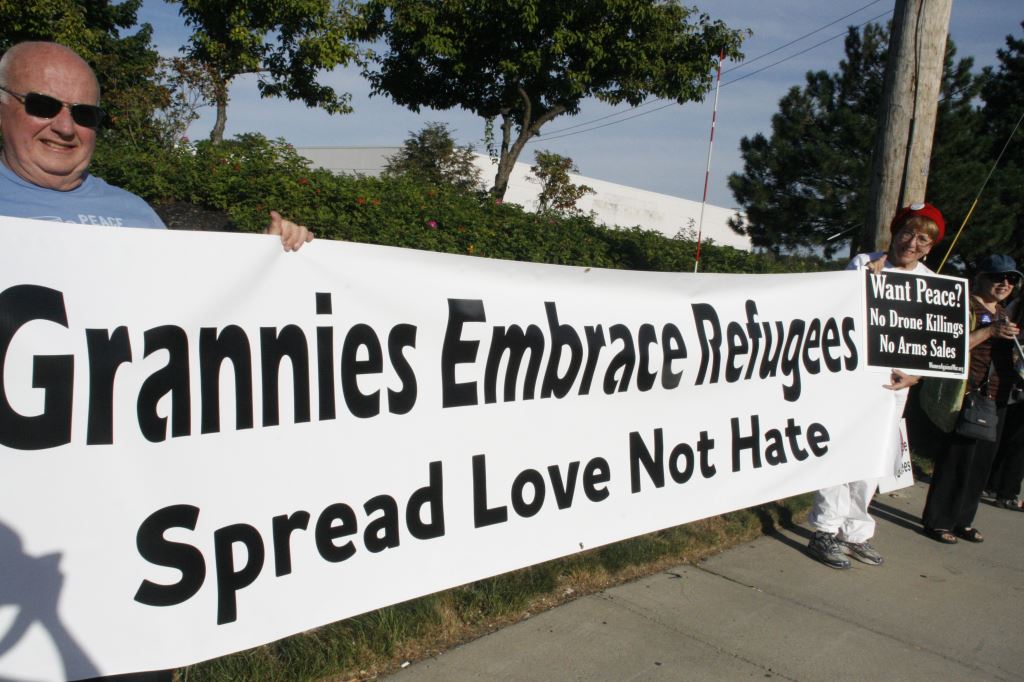 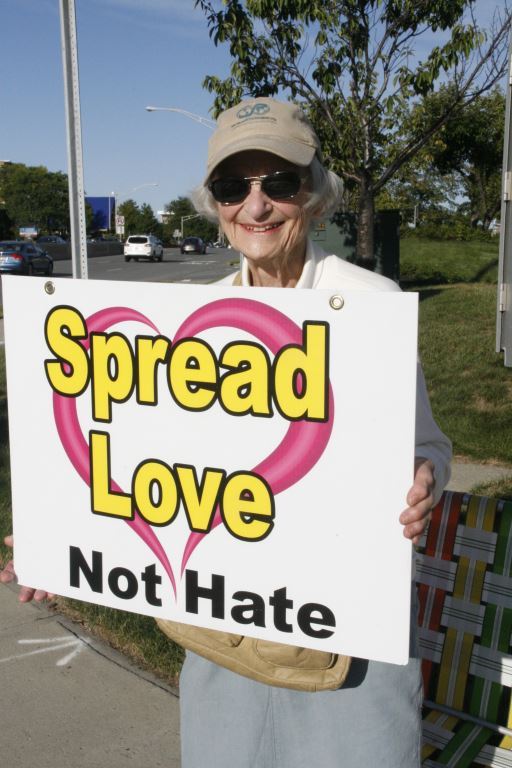